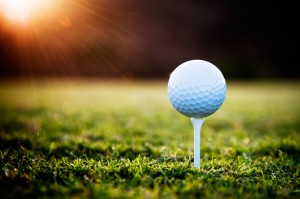 I wouldn’t classify myself as an avid golfer, but I do like to play any chance I can get.  This usually means once a month at most, twice if lucky.  At most, maybe 20 times a year.  My goal is to be able to play twice a week which I’m working towards.

As a former competitive racquetball player I have experienced the zone more times than I can count.  If you haven’t experienced the zone, it’s a bit indescribable, but I will attempt it anyways.  It’s when you are able to focus so intently that everything you are doing is in slow motion.  In regards to racquetball, the ball seems like it’s going in slow motion and your body is hyper-sensitive to a point that you can feel and move it in anyway you need to.  Your body is under your full control and does exactly what you want it.

Last weekend I finally was able to get myself into the zone for golf.  I’m still not sure exactly what I did differently to get into the zone, which bugs me a bit, but I do know that I was well rested, fed, and really relaxed.  I wasn’t concerned about anything outside of the golf game and was able to put my focus on each and every swing.  I got to warm up by hitting approximately 10 balls at the limited range.

From the first hole I was able to see the ball on the tee like it was as big as a beach ball.  My back swing was slow and controlled and my swing was easy  without trying to muscle it.  Even when I didn’t swing perfectly, I could tell exactly what I did wrong because I felt like I was in control of each tiny muscle in my body.

Each drive was smooth and landed either on the fairway or just off of it in a non-threatening position.  Except for two, my second shots were close to their target.  Luckily one of them was on a par 5 and allowed me to recover.  I had one or two puts on all holes but one.  Things were clicking.  As I crossed over from the front nine to the back nine I knew that I had shot one of the best consecutive nine holes that I had ever shot.  I started to feel a little hungry, but opted to make the turn without getting a snack, only sticking to the bottle of water I had, sipping regularly to keep hydrated.

As I shot trough the 10th, 11th and 12th holes my ability to shoot the golf ball consistently continued, but I got a little wild on the 11th, a par 3, by over shooting a chip which resulted in a double bogey.  I recovered on the 12th with a par.  13th, 14th and 15th resulted in bogey, par, bogey, missing a birdie on the 14th by 2 centimeters.

I now was beginning to get nervous.  I knew I was only three holes away from my best round ever.  I just needed to keep doing what I had done for 15 holes.  As I approached the 16th it was a long straight par 5.  My instinct was to rear back and crush it, but I fought the urge and just kept the same pace of my swing all day.  The results were great…down the middle of the fairway.  I shanked the second a shot a bit, but was able to get on the fringe of the green with my next shot, chipped on and then two putted for a bogey.  Recovered with a par on hole 17.

Here I am, on the 18th tee with my best possible game ever within my sites.  I just need to double bogey and I’ll shoot 10 strokes better than I typically shoot.  Though, didn’t know that at the time, I just knew I had never shot better.  I took a deep breath, stepped up to the ball and took one of the sweetest swings I’ve ever made.  The result, I stuck it right in the middle of the fairway, the problem was that it wasn’t all the way up on the tier that I needed it to be.  Luckily, I was still in a good position.  I now had to chip up two levels to the green.  I took a an aggressive swing towards a safe area of the green.  The results were good, but I didn’t realize how big the green was.  I ended up on the fringe with a good chipping position.  I chipped just how I wanted to.  I lined up the put…put…and barely missed…missing par.  I was able to tap in for bogey.  Not the exciting finish I was looking for, but the end result was an 84.  While an 84 isn’t anything that will get me on the tour, it was 10 strokes better than my typical 95.

The reason I’m writing about this is that I think it’s a great example of how psychological sports, especially golf, is when it comes to performing.  This is the same as anything you do in life.  If you can find that place where you are in the zone, you can accomplish things in ways that you never had before.  People that play golf know that shooting 10 strokes better than you have before is very difficult.  It often takes people years to shave off just a few strokes.