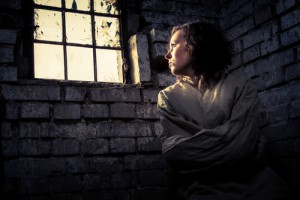 On July 3oth, 2015, 435 government officials detained Julie Smith, a teacher from Sheboygan, WI and thousands of U.S. citizens in just 15 minutes.  Without due process, these U.S. citizens have had their U.S Passports revoked and are not allowed to travel outside of it’s borders.  Under H.R. 237, the federal government deemed thousands of protesters “terrorists” as they were organizing a protest against the deal we’re about to make with Finland to place nuclear weapons there.  As a result, the protesters have had their passports revoked and are not allowed to travel to a worldwide rally being held in Helsinki, or anywhere else until the government agrees they are fit to travel outside of the United States.

Unfortunately this story has gone unnoticed by the mainstream media, who were too focused on Cecil the lion.  Many reporters who uncovered this story are afraid to post this story as they may also be deemed “terrorists” and have their passports revoked as well.

NOTICE: The above story is only partially true.  The true part, is that on July 30th, 2015, the (435) House of Representatives convened to have a vote on H.R. 237, the FTO Passport Revocation bill to provide congress with the right to revoke a U.S. citizen’s passport should they be deemed a terrorist by congress.  There’s no outline as to what defines a terrorist, so in reality this bill can be used to revoke any citizen’s passport if the government feels “threatened” by them.

And you can read the actual bill here: https://www.congress.gov/bill/114th-congress/house-bill/237

This bill still needs to make it through the Senate and the President to become law, but the the real scary aspects of this is that very few media outlets have reported on this.  Also, the House voted with a voice vote, meaning there is no record of which representative actually voted for our against this, therefore this can’t be used against them during the next election.

While the story about “July Smith” nuclear weapons in Finland is false, this is something that could easily happen to members of any organization, religious or not, that the government feels threatened by.  Help prevent this bill from becoming law by writing your senator and spreading the word about what could happen if this bill passes.